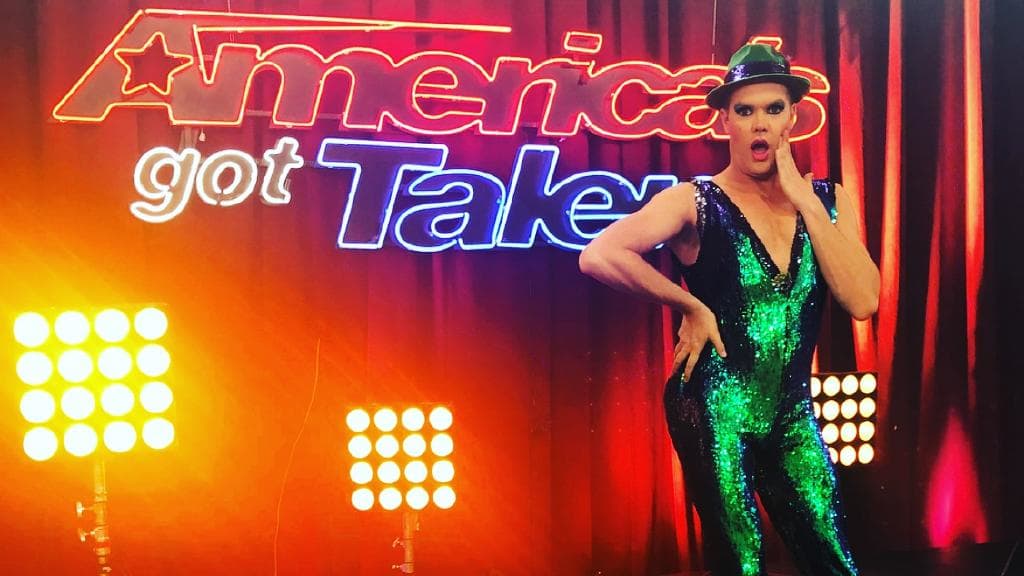 USA! Are you ready for this jelly?

It’s official.  Tonight, Hans makes his American TV debut on America’s Got Talent and we couldn’t be prouder.

Now in it’s 13th Season, AGT regularly pulls in audiences of more than 12million viewers per episode, and now it’s streaming weekly on Netflix in the UK, those numbers are sure to blow up.

We’ve loved Hans ever since our first encounter with him at the Edinburgh Fringe in 2016 – and now we’re sure that the world is about the fall in love with Berlin’s Boy Wonder as he shares his gift with Simon Cowell, Heidi Klum, Mel B and some 3.5k members of the live audience.

We can’t tell you what happens tonight as it’s top secret, but we can tell you that you have a few chances to see Hans live in the coming months.

Join Adelaide’s favourite German icon Hans for a naughty night of nautical fun, in the best land-bound cruise ship show this side of the Torrens!

Joining Hans on stage, the Lucky Seven swing band blast out show tunes from the 1940s and 1950s to the present day with an infectious energy topped only by the high-kicking chorus of showboys and showgirls. A night of marine fun – anchors away!

International superstar Hans, the boy wonder of Berlin, serves up an all-singing, all-tap dancing, accordion-pumping, glittering blitzkrieg of cabaret backed by his three-piece band The Ungrateful Bastards! With more sparkle than a Studio 54 mirrorball and more feathers than a battery hen farm, hilarious Hans will have you slapping your thighs so hard, you’ll think it’s Oktoberfest. He’s a little Marlene, a little Madonna. A little Minogue, a little… Merkel. Hans is the ultimate showboy… In a pair of showgirl hot pants. ‘Hans down one of the most hilarious nights’ (BroadwayBaby.com).