I grew up 15 miles from Edinburgh, in a place affectionately known as the skid-mark of Scotland.

Hailing from a large working class family, I like many of my school chums had little exposure to the veritable cornucopia of world class talent exploiting their wares every summer just a 40 minute bus journey away. 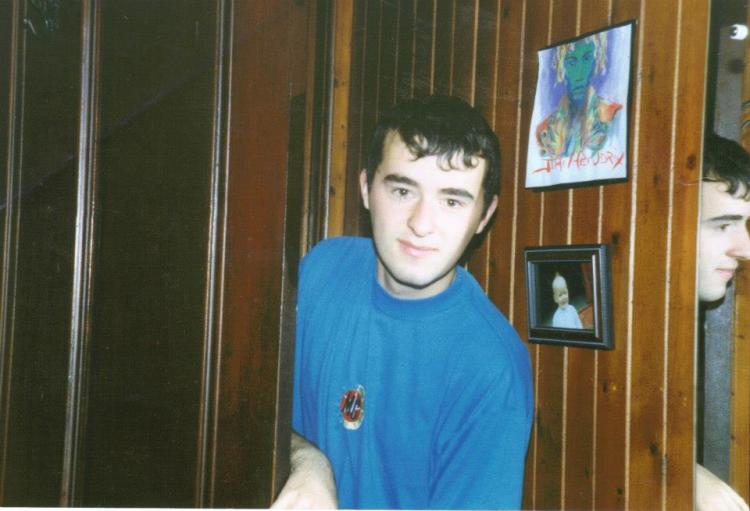 Indeed, any mention of the festival was normally superseded by the words ‘bell-end’ or ‘helmet’ – and like most low income residents of the time, my only real exposure to performance art in Edinburgh was of ‘that silver twat doing robotics outside H.M.V’.

But then one day it all changed.

Now as a burgeoning bummer living in a council estate I had very little access to boys like me. Imagine my delight as I entered the auditorium to find myself surrounded by 3000 brilliant, beautiful and diverse audience members.  Boys who liked boys, girls who liked girls, girls who were once boys… they were all there, and as the lights went down and the music started, I knew I’d found my tribe.

It’s late August and I’m in the Laughing Duck pub – a notorious Edinburgh gay bar where inspired by Ms Bernhard’s success at the Playhouse, I’ve written my own stream of consciousness spoken word cabaret called ‘Michael Jackson Sucked My Plums’. It’s an edgy solo piece that involves a lot of poetry, a few hack jokes and a brilliantly deluded dance performance to a hip-hop remix of Justify My Love.

I was 17 and thought I’d be brilliant. I wasn’t.  In fact, I played to 12 sleazy blokes who were already in the bar hammered and the only payment I got was a gobble off the barman who clearly felt very sorry for me.

But that was technically my first Fringe.

Since then, I’ve learned a lot.  Having worked for the Edinburgh Fringe Society for the best part of a decade, I like to think I know my way around a little better.

This year with Civil Disobedience we’re supporting 15 companies find their way with 17 shows.  A few, like Romy Nordlinger, Mindy Raf and Roddy Bottum are Fringe virgins and I’m hoping that their first experience will be much better – and as much fun as mine to look back on.

I used to be mortified telling this story – but now, it always makes me smile.  Had I known that the community is always there if you look for it, maybe someone would have found me and in turn helped me find my way.

Had I known that services provided by the brilliant staff at the Fringe Society practically make up having access to your own producer – maybe I’d have gone further with my solo career.

You see, the main problem with my Fringe debut was not that I was awful.  I was that  I didn’t register with the Fringe Office. I didn’t even know it existed. So entering the Fringe for the first time, I wasn’t in the printed programme, audiences couldn’t buy tickets and my technical infrastructure was a bed sheet and table lamp.

It was however, the start of a wonderful journey, and looking back on it now, I’m fairly confident that on that fateful night in 1994, I invented the Free Fringe.