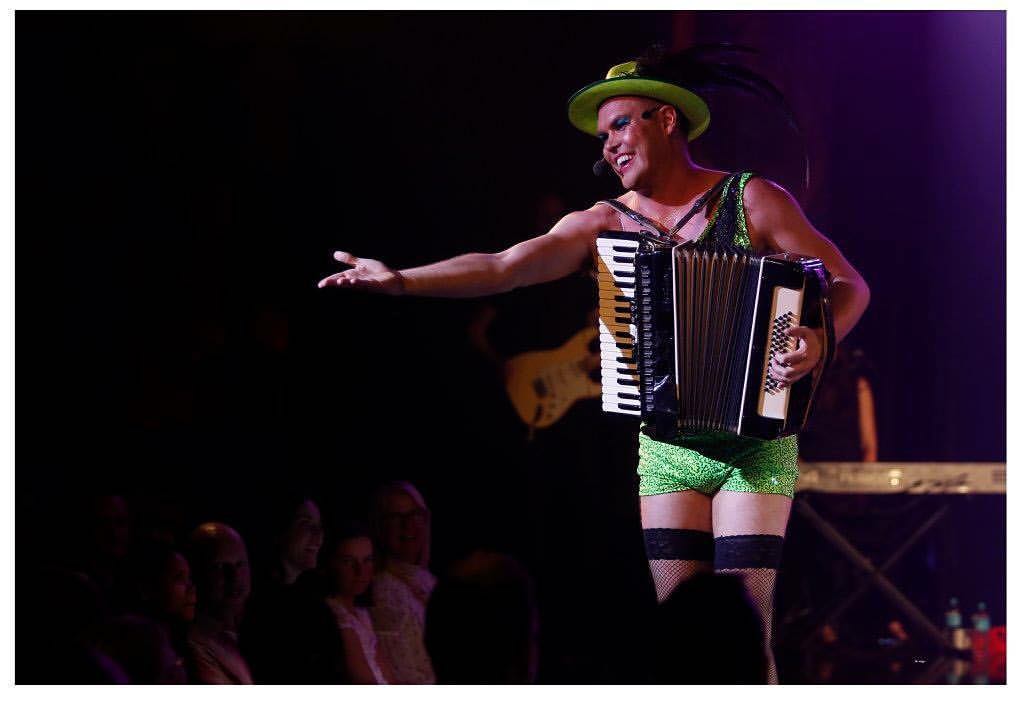 What do you get if you take an exceptionally tall Australian bloke, put him in a pair of sequin-spangled hot pants, cake him in makeup, and hand him an accordion? You could be forgiven for guessing a male rugby player on his stag night – but the answer we’re looking for is ultra-sassy, faux-German, Fringe pop sensation Hans. 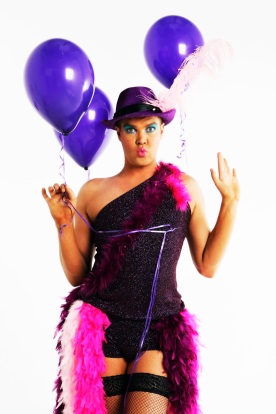 The quintessential Berlin slag, Hans has been prowling the jet set circuit for years, working his way through every Madonna hit and STI going. He humbly describes himself as “an International Superstar, Sex Symbol and accordionist”, and is the cabaret alter ego of Adelaide-based journalist, Matt Gilbertson.

We were first introduced to Matt last year by our good friend Ali McGregor, and when he came over to the Edinburgh Fringe in August 2016 as an official representative for the Made in Adelaide showcase, we got the chance to hang out.

We were instantly smitten with both Matt and Hans, promptly offering Hans a guest slot as house band in Joe’s NYC Bar – another runaway hit show we’re producing. And he didn’t disappoint.

You wouldn’t necessarily think of accordion music and sexual innuendo as a natural fit, but somehow Hans pulls it off effortlessly and to hilarious effect.

One thing led to another and, well; here we are, six months later with glitter, lipstick and mascara smeared all over our faces, feeling strangely euphoric as we skip along the hot pink walk of shame to the 2017 Edinburgh Fringe as UK producers for Hans’ latest offering, MEIN CAMP.

Currently making audiences howl with laughter at the Adelaide Fringe, MEIN CAMP is a manifesto of sorts. A lighthearted, but politically pertinent comedy and musical extravaganza that promises to save the day with pop hits like ‘Hitler Baby One More Time’, and ‘Pauline’ (Hans’ own take on Jolene. We see you, Pauline Hanson.)

The show is getting rave reviews and just won the Adelaide Fringe Best Cabaret Award.

If you’re over there, make your way to The Octagon at Gluttony and grab yourself a ticket for the show while you can, or book online here.

At Civil Disobedience HQ we’re practically wetting ourselves with excitement, and we can’t wait to help Matt bring Hans and MEIN CAMP to Edinburgh in August.

In the meantime, here are some of the things that people have been saying about the show down under.

★★★★ Advertiser
“If I give him five stars people will think I’m protecting myself, so I’ll give him four and he’ll know I mean five. Alternate numbers.”

★★★★ 1/2 The Clothesline
“Hans is an Adelaide Fringe institution that works his hot pants off to entertain the crowd. Don’t miss it!” 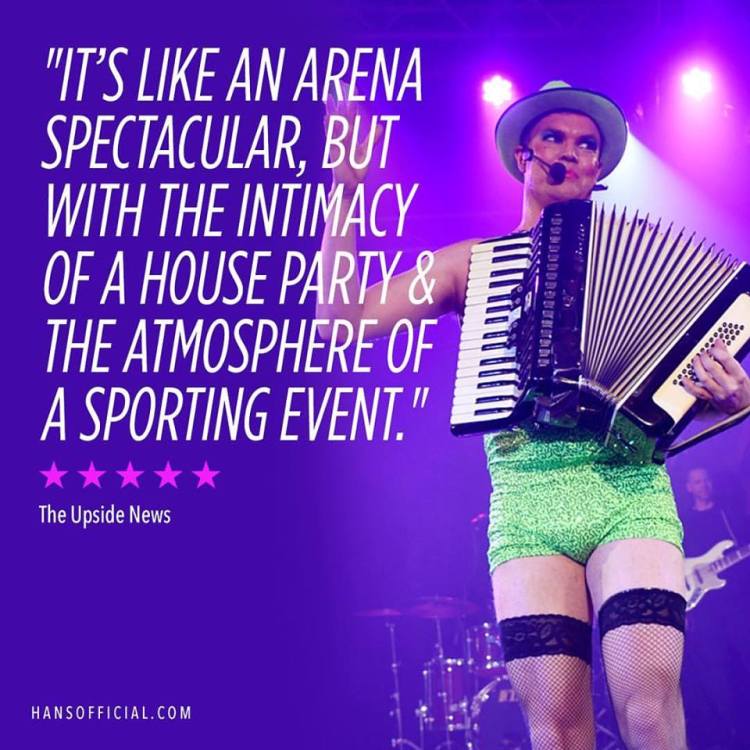